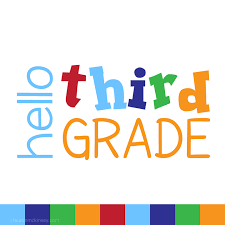 In third grade, children start putting the learning pieces together to take on more complicated assignments. As they continue to apply the basic skills they learned in first and second grade, they begin to do some work independently rather than with the explicit directions given in earlier grade levels.

The third-grade curriculum focuses on learning about the past, present, and future. Literature, social studies and even science follow events over time, such as observing the phases of the moon or how rocks erode into sand.

Third graders learn what it takes to be a good reader. They have a better handle on what to do when they don’t understand a word or passage, like looking at pictures in a book for clues. They’ll often discuss books in small groups and ask questions about what they’re reading. They’ll summarize and use graphs to organize their thoughts about the books they read. Their teacher will introduce many literary genres and a variety of print forms, such as newspapers, magazines, and Web sites.

Math becomes much more challenging in third grade. Students work with larger whole numbers (numbers like 3,000) and with fractions and decimal numbers. They’ll look at odd and even numbers, and patterns that involve those numbers. They’ll solve and explain addition, subtraction, multiplication, and division problems. Students are asked to do more math work on paper and in their heads, instead of with physical materials.

Science investigations become much more detailed in third grade. Students explore more complex natural systems, such as relationships between the sun, Earth, and moon, weather concepts, and living systems like the food chain. They’ll learn about landmasses and bodies of water, and how to identify them on a globe or map. They’ll begin to investigate different states of matter such as solids, liquids, and gases, and to observe the behaviors of sound and light. They’ll be asked to make smart guesses about their observations.

Third grade social studies lessons begin to expand children’s view of the world. Students learn about the natural environment and how groups of people have adapted to or modified the environment. They’ll study how methods of travel and communication have changed throughout time, and in different regions.

Socially, third graders can better understand the consequences of their behavior. Because they are better at making friends than at keeping them, conflicts can arise so teachers may work on conflict resolution strategies with the class. (PBS)