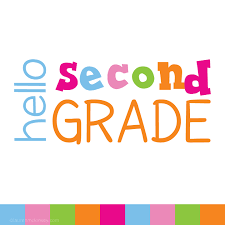 In second grade most children practice the skills learned in earlier grades and begin to use them with ease. Some children who were not completely ready to understand all the material introduced in first grade may now be ready to master it. Second graders apply what they learned about the meanings of letters and numbers to more complicated material, and begin to develop their analytical abilities even further.

By second grade, most students can read and write at a basic level. They tackle more and more texts in and out of the classroom as they work to become rapid and accurate readers.

Second-grade teachers put an emphasis on fluent reading (reading without stopping to figure out words) at each child’s own level. The more fluent children become at one level, the more likely they are to become fluent at the next. Children need to be able to read words at each level effortlessly before they’ll really comprehend what they read.

At this stage children also become better story writers as they learn to write basic sentences and short narratives about an event or a character. Children’s handwriting often becomes smaller and neater, and the cursive alphabet may be introduced. Second graders may experiment with different voices, writing some stories from a personal viewpoint, and others in the third person. They more frequently use the correct spelling of words that they know, and use punctuation more regularly.

Mathematics concepts become more complex in second grade. Children can order, group numbers, and work with numbers far greater than those they can physically count. They’ll have more practice with skills and concepts introduced in first grade, such as skip counting. They’ll learn to add and subtract two-digit numbers, and to understand the meaning of multiplication and division. Many teachers will introduce the first half of the “times table” up to the number five.

Second graders will be asked to use what they know to make predictions and find patterns in the natural world. They learn about the Earth and its natural resources, and how people use these resources to get energy. They look at how the Earth changes over time and how we learn about the history of the Earth through fossils. They may do a deeper study of the life cycles of plants and animals.

Children may be given more responsibility to resolve conflicts with their classmates. They will be expected to have a deeper understanding of the importance of rules and their role in helping people get along. (PBS)