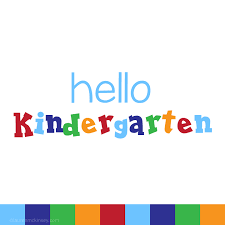 Most kindergarteners want to learn all about the world and how it works. Kindergarten teachers often build on this enthusiasm by offering projects that encourage children to delve deeper into the areas that interest them. Children may make life-size tracings of themselves as they learn about the human body, or study animal habitats by researching information about the class pet.

Many kindergarten classrooms offer more formal learning and traditional school experiences than preschool. But kindergarten is still intended to stimulate children’s curiosity to learn more about the world around them. It’s the job of the kindergarten teacher to help children become comfortable working in a classroom setting and to introduce some basic literacy and math-related skills in the midst of their important discoveries.

Kindergarten children notice that words are all around — in books, at the supermarket, at the bus stop and in their homes. They play with language by creating silly rhymes and nonsense words. While this is usually great fun, it is also a very important step in learning to read.

Parents may receive their child’s first poem, as kindergartners will be asked to do more writing than preschoolers. Your kindergartener’s journal may look like a combination of letter strings and scribbles to most people, but it carries a most important message — that he can write to create his own stories, to tell about his experiences, and to share information.

Counting cubes, number rods, and other math materials help kindergartners work with a larger set of numbers. Children also begin to use physical materials to solve simple addition and subtraction problems, like how many cookies they’ll have left after they’ve shared some with a friend. They’ll learn about time, using tools like clocks and calendars regularly in the classroom. While they’re not fully able to tell time or even realize exactly what a month or a second is, they’ll begin to understand that one measures a longer amount of time, and the other a short amount.

In kindergarten, children learn about plants and animals and explore the weather and seasons. Teachers use simple science experiments to introduce children to the process of scientific inquiry. Kindergarteners are now capable of remembering more information and using it to make connections between things. They can separate toy animals into groups, such as those that are found on the land, sea, or sky; or animals that hatch from eggs and animals that do not.

Kindergarteners are ready to expand their world beyond their homes and classrooms to the larger neighborhood or community. They learn more about the rules that help people get along with each other. They may begin to form opinions on issues and understand that others may have different points of view — noticing that a classmate didn’t get a turn during a game and letting the teacher know by saying, “That’s not fair!” (PBS)